6:35 At Awana, Jonah had a tonic clonic seizure in the van. *Thankfully, a friend was right there to help out.

7:00 Home from Awana. Let Jonah hang out/rest on the van while watching Diego on the van video player.

7:03 James ran inside the house before us to open a new angry bird blanket and proceeded to cut his finger with a knife. (It wasn't too bad but there was blood)

7:40 Got Ethan and James back in the van along with Jonah to go pick up Vanessa from Awana.

7:41 Realized that my van battery was dead from letting Jonah sit in the van and watch a movie for the last 40 minutes.

7:42 Called the same friend that helped out at Awana to see if he could pick up Vanessa because my car was dead. (She is now sleeping at there house tonight)

8:00 Made Jonah his snack of a cookie and canned pineapple that I had just opened. (He helped weigh it)

8:10 Had to go to the bathroom so bad from the spicy Chinese food that I left rest of the whole can of pineapple on the counter. Was in the bathroom for awhile.

8:15 Right when I came out of the bathroom Jonah told me with a big smile that he ate 7 pineapples. Ahhhh, yes the whole can was empty, juice and all. His snack consist if 21g of pineapple which is about a half of one ring and he just pretty much ate over half of the whole can. That will definitely break him out of ketosis for the night.

9:00 building a fort with Jonah!
10:10 Justin home from an awesome youth group in  Princeton.
10:20 Ketones completely negative, I wonder why....all the pineapple.
10:30 Right after making my bed which consists of 4 blankets, someone comes in and takes them all off.
10:40 Making my bed, again.
11:00 Ethan sleeping ✔️, James sleeping ✔️, Tyler sleeping✔️, Shane sleeping ✔️, Justin sleeping ✔️, Jonah not sleeping yet, although he's in bed. It could be all the sugar could it?
11:30 one mama wishing she was sleeping. Good night.

The boys have been attending a lot of Pokemon events this year. Besides the MN events they have traveled to Wisconsin for a state tournament, Iowa for a state tournament, Missouri for a regional tournament. In a few weeks they will be heading back to Wisconsin for another regional event. After that it should slow down a bit until July when they hope to go to Indiana for Nationals. If either of the boys get enough Championship points to get invited to World's that will be in DC in August. Shane is very close with only 26 more points to go out of the needed 400+.

**UPDATE   MN state tournament was tonight and the boys did GREAT! Tyler took 16th place out of 65 or so in the master division and Shane took 2nd place in the senior giving him more than enough points to get an invite to WORLDS!!

Also, we just found out that Shane is 15th in the nation for championship points. If he stays in the top 16 he will get a travel award and a $300 Travel Stipend to get him to Nationals in Indianapolis this July. If he were to fall to the 17th-30th he would still get $750 Travel Stipend. There are only 2 more big events before the championship points are tallied up and awards given. Tyler will also have a good chance to get the same as Shane with championship points if he can do well in these next 2 regional tournaments. Technically, Justin has a chance too. ;)

I have been thinking a lot today about this day last year. I remember it so clearly.  It was the MN state championship Pokemon tournament. Jonah was just a few weeks into this whole seizure thing. I was still scared to be home alone with him, especially at night. My mom was over all day then my sister came to hang with us until they got home around 10pm. I remember being so scared and upset that our little 2 year old had what we thought at the time was toddler epilepsy. Most kids will go on medication and outgrow it in a couple years. Looking back, what I would give for him to have "toddler epilepsy" now. That would be so much less complicated that than the kind of epilepsy he has. 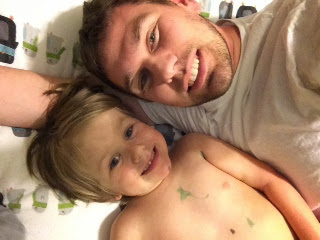 We are having an AMAZING time in Florida. Everyday has been beautiful. It has been in the high 70s to high 80s everyday. I have been able to spend a lot of time hanging out with Vanessa and James. Sometimes that is hard to do at home as I try keep Jonah safe. I'm so thankful for my husband for making it all possible. 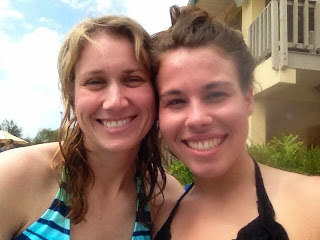 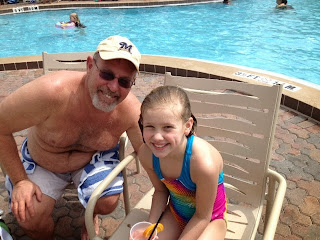 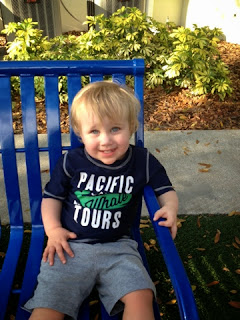 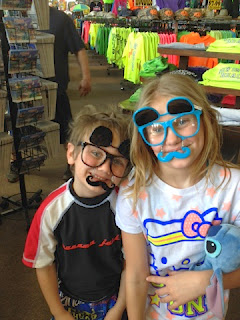 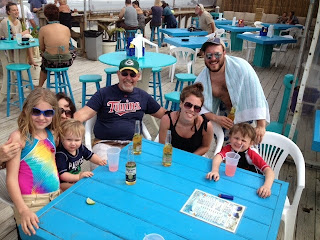 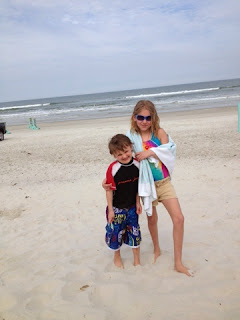 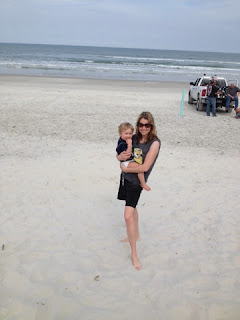 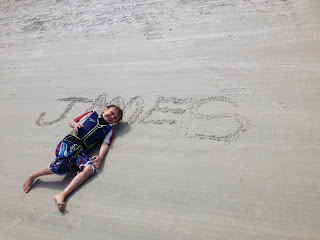 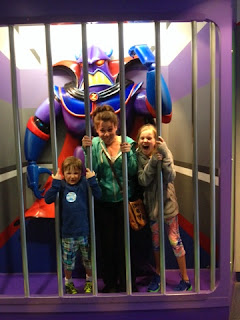 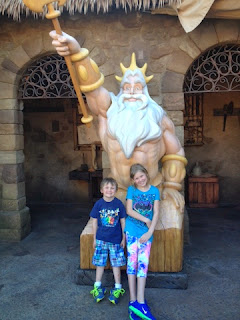 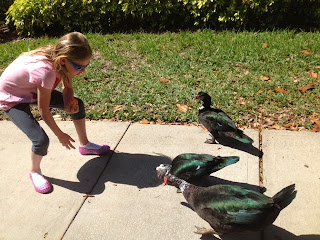 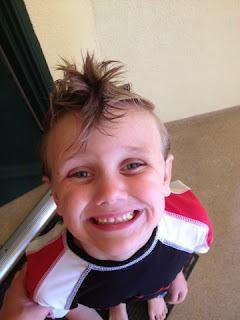 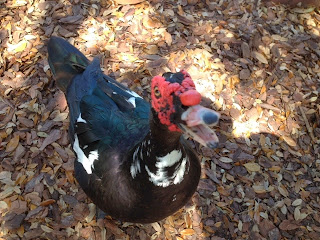 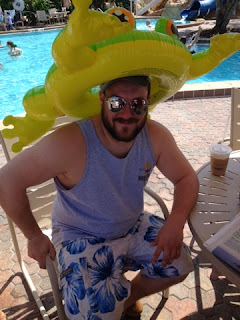 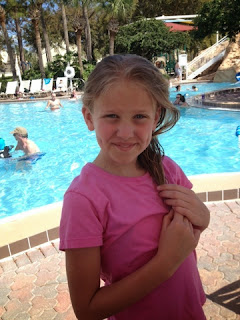 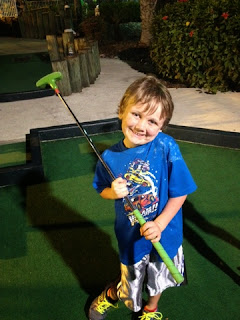 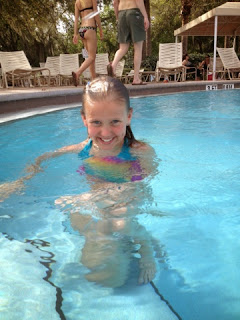 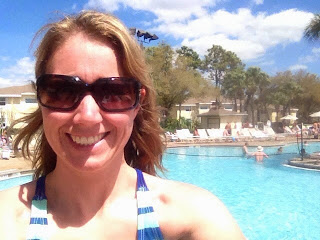 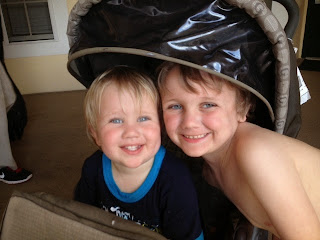 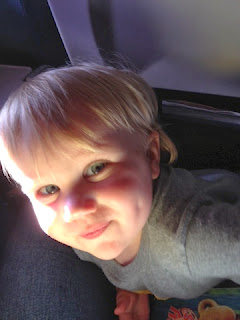 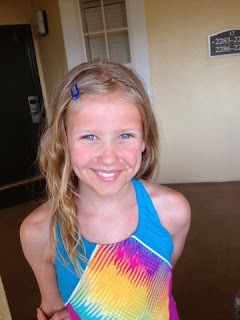 Barb and Jim are still making Jonah's food. Each meal gets a brown paper bag.

Family, friends and complete strangers have stepped in and decorated Jonah's brown paper bags. Sometimes it's the little things that make a big difference.

Thanks to all who have decorated bags for Jonah. We look at and read through all of them! Here are some of them: 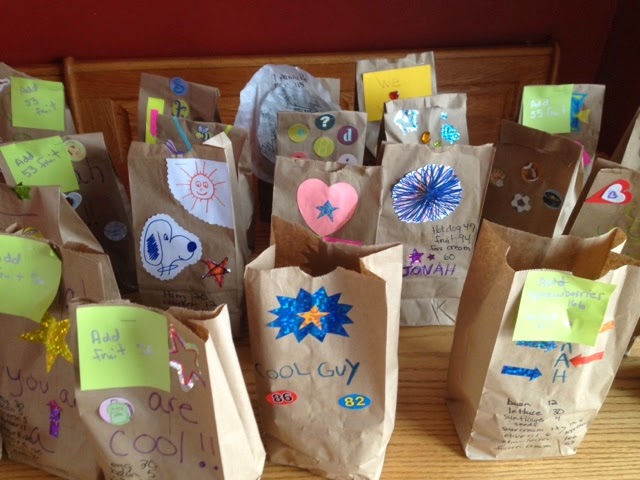 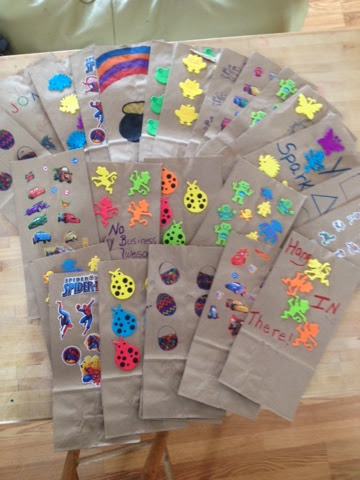 My heart sank this morning as I received a text in my bed in Florida that Jonah had a tonic clonic in his sleep early this morning. All the anxiety that has taken 4 days to be lifted came flooding back in a second. I don't know how much of this seizure roller coaster I can handle. It's not fair for Jonah and it's not fair for my other children either. He had just gone 4 days with NO seizures.
Posted by KB's at 7:55 AM No comments:

Great news, Jonah only had one drop today. That is so much better from the 10+ he was having last week. Let's keep praying the seizures stay away. Thanks.
-Kristi
Posted by KB's at 11:22 PM No comments:

Yesterday was the one year anniversary of Jonah having seizures. I was really hoping that a year later they would have been completely controlled with medication or diet.

Most kids with childhood epilepsy can find a medication that works for them and have complete control. Unfortunately, with the kind of epilepsy that Jonah has, his seizures seizures are hard to treat. The BEST treatment for what he has is the ketogentic diet.

He has been on the diet now for over 4 months. I believe he will become seizure free with it. We just need to keep tweaking it to find his sweet spot.