Tyler, Shane and even Justin have been very involved in the Pokemon card game. We have mini Pokemon tournaments at our house on a regular basis. They also have been going to Pokemon organized play for about 6 months or so now. That is where you meet with other kids/adults that also enjoy playing the card game. Tyler is the twin cities Halloween champion! For his win he was given a trophy, a few booster packs, a game and a couple other goodies! Fast forward a months or two and Shane takes 1st place in the Saint Paul City Championships. For that he was given a metal, 18 booster packs ($50 value), a playing mat, and a few other "goodies". For Justin, he hasn't taken first prize yet, but, he gets a chance to spend some good quality time with the boys. 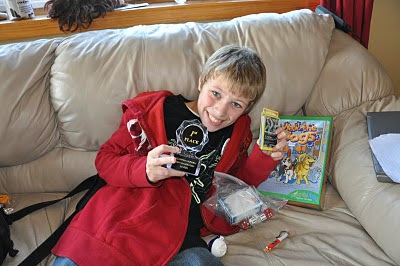 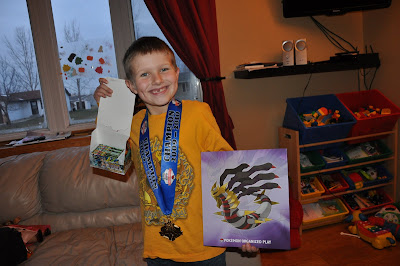 I forgot one other thing, all three boys made it on the front page of the local Monticello Times newspaper. I'm not sure if the article is also online on not, I'll have to check.
Posted by KB's at 2:37 PM No comments:

Any guesses? I had an ultrasound today. We are so thankful that the babe is growing like it should and everything seems pretty normal. We did end up finding out the sex of the baby. I think I will share that maybe on my next post. We haven't told the kids or anything yet so we should probably do that first.
Posted by KB's at 2:03 PM 2 comments: 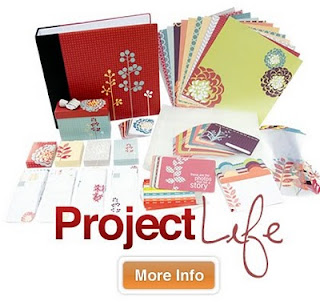