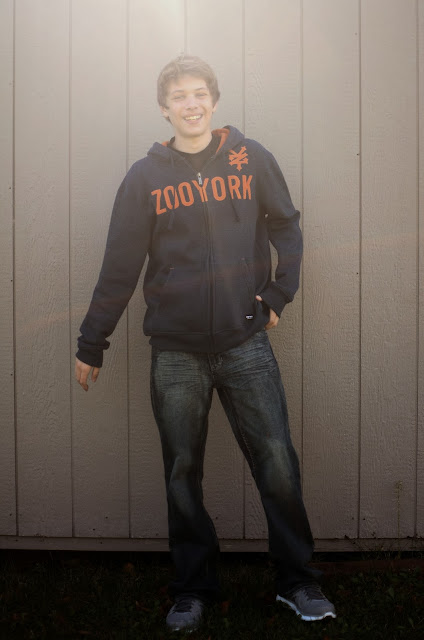 It has proven to be a good day for Tyler.

Enter the Kittelson-Burke house at approximately 8:15 when Tyler decided to roll out of bed and shower and get ready for the day.  He proceeded to the front door of our house to put his shoes on when I stopped him and said, "Happy Birthday", to which he replied, thanks, I guess, then I said he might want to wait to put those shoes on...

I grabbed 2 boxes of shoes from my bedroom and brought them both out and instructed him to pick one, and the choice couldn't be based on price, I was hiding the price tag for each pair, he had to judge for himself without my influence which pair he liked best or didn't like for that matter and go with what he liked.  Tyler ended up choosing the lower cost shoes and all was right in the world, for just a second.

Then I grabbed some more stuff from my bedroom and he was happy to see me bring out some clothes.  2 pair of Urban Jeans; 2 t-shirts (1 Coca-Cola 1 Pepsi Cola), and finally a hoodie that I thought he might like, ZooYork.

Anyway I let him know that he needed to pick his favorite pair of jeans cause we needed to return the other pair, to which he quickly quipped that he would spring the $25 for the pair that I was planning on returning, and so his smooth and slick approach proved well for him.

We went to church (on-time), he didn't complain much and we each took part in communion and then we said our final good-bye's to a couple that we have known for a long time, Jesse and Andrea were honored on stage and were game enough to even stand as if they just married to hug and greet those that just wanted to wish them well.  I took the opportunity to do just that, now normally I don't do hugs, but this such occasion merited such an action, and action that carries with it a deeper meaning, especially coming from me, a hug from meaning that I wish them well, that I wish them continued focus on God and to be that pilliar to which they were to so many at Quarry including me.  And so I hugged each of them with baby Ethan in arm to let them know that they are simply going for now to be obiedent to God's calling, it isn't for me to understand but it is for me to also respect their obiedience.

Obedience is a peculiar notion when it comes to young men.  My Tyler is generally a good kid, and doesn't push the limits too much, but when he does he knows that he needs to rein it in and simply say that he is sorry, no matter how backhanded his sorry is, he does it and attempts to move on.  Tyler is an intelligent, strong willed, and thoughtful young man when he wants to be, he just doesn't want to be all the time I have found out.  There are many things he can do better than me at this point, I'll just name a few...

Before I go too far, I'll leave it at that, so far I am taller than him and I make more money than him, for now anyway. 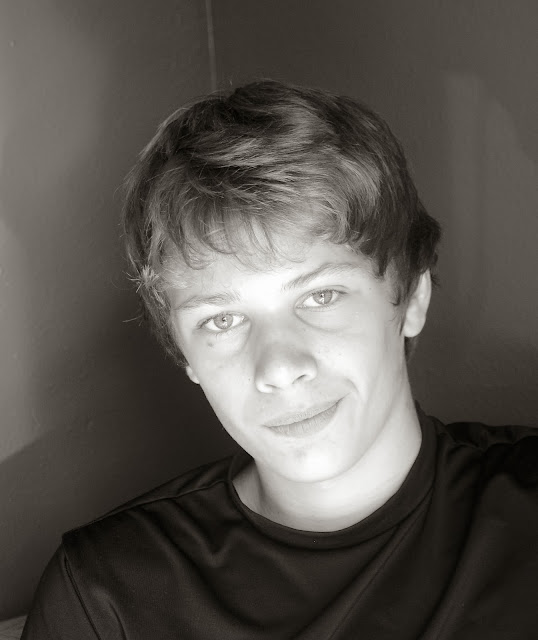 It was many years ago that I found myself in a very different place starring down the idea that I was to be a dad!  I was 17 years old and had to really come to terms with a many great things.  I could go down a path talking about how my dad wasn't there and how he was an alcoholic, but all in all, I have a dad whom I believe cares about me, however he just doesn't know how to show it.  And so I am learning everyday how to be a better dad for my kids, not just for Tyler but for all of them.  To be able to just say those 3 words is something that has eluded my lips since Tyler was about 8 years old, and so today as I took him to lunch, just me and him sitting at Quizno's eating a meal together, I couldn't muster up the words and say them.  My intention is that I live out my love for my kids in everything I do.  I know there are many quotes about intentions, I commit to this, to say I love you to my kids and wife more.

While having 6 kids wasn't my idea, I sure am glad we did, I love each one of them so much.

I'll end this post with something that have been looking forward to...

I wish you the best of luck.  I hopefully have given and will continue to give you a good example of what having a relationship with Jesus is like.  You are growing up so fast, don't take it faster than you need to while you are still young.  Wait to get a job, be a kid.  Wait to get a car, learn to use ours.  Wait on God for "the one", God will give you "the one" when you're ready.  Focus on school and do your best, that is all anyone can ever ask, that is what I am asking, just do your best.  You are a natural leader, lead well.  Remember what really matters, not the stuff you get, it's the relationships that you will look back on and say man I wish...  Take time to invest in others and to let others invest in you.  You don't always have to be "doing something", soon you too will be asking where has the time gone.  Enjoy your family.  We enjoy you.  I love you Tyler, I hope you've had a birthday to remember. 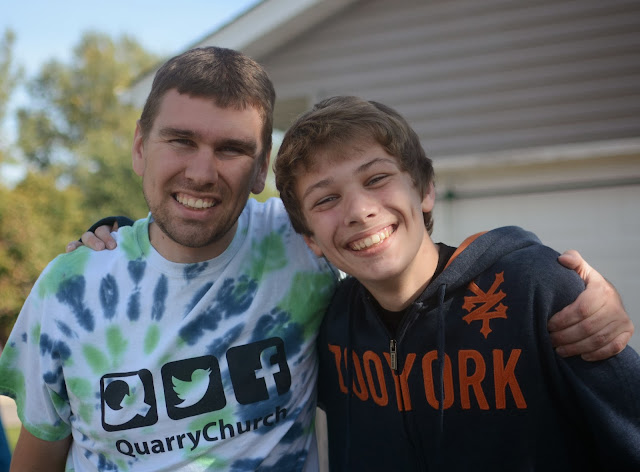